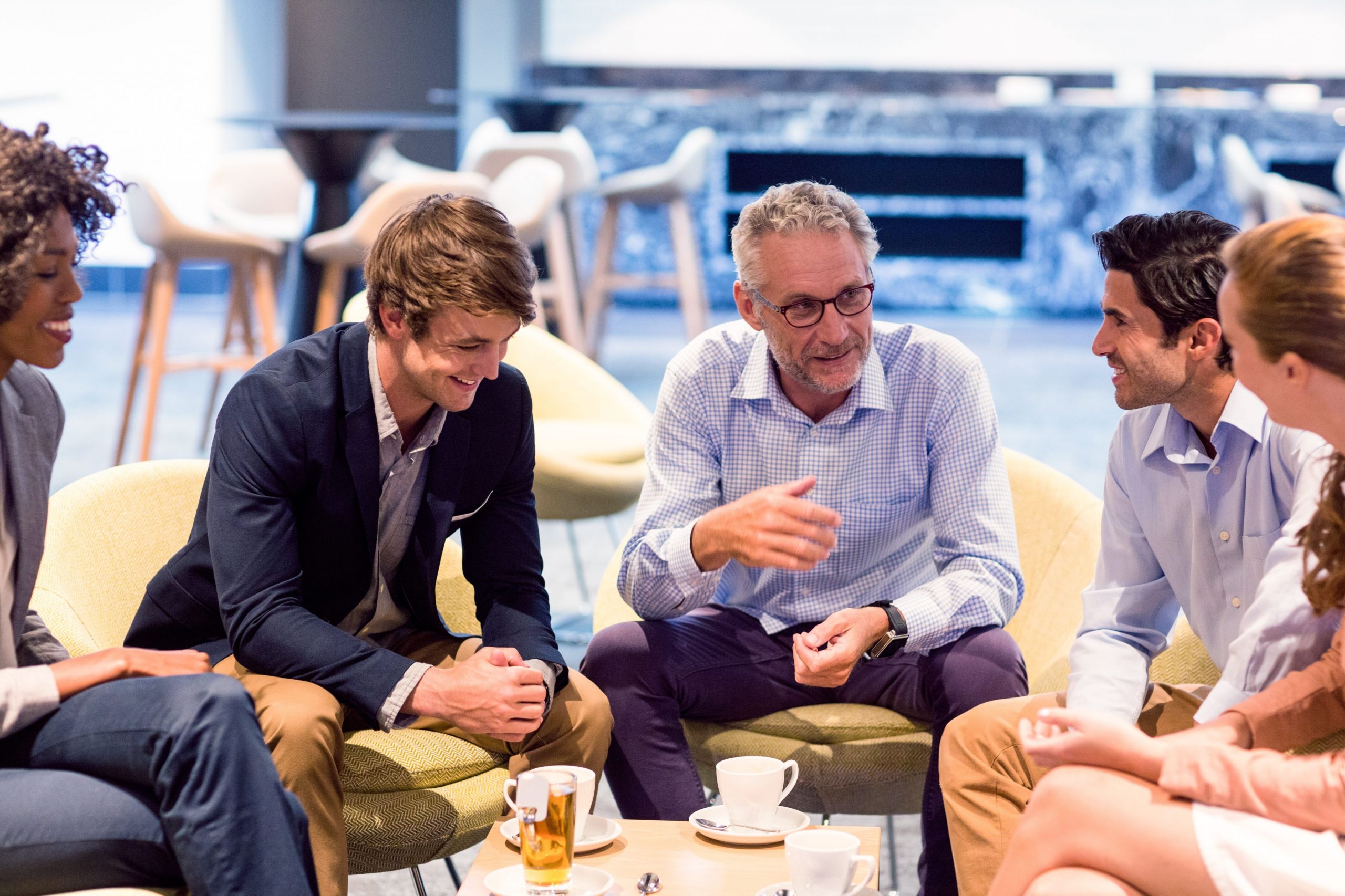 THE IMPACT OF STORYTELLING ON LEADERSHIP

My first job out of college was at a luxury, boutique hotel in Beverly Hills. I wasn’t exactly 5-star material, twenty-one years old, hair flipping, sarcastic, boy crazy and mostly against anyone in authority. On day ten, all these personality “quirks” came face to face with guest and A-list celebrity Robert DeNiro. Whoa! They say that what doesn’t kill us, makes us stronger? Well, tell that to someone who shoots first then asks questions! Are you talkin to me? On the day of Mr. DeNiro’s arrival, I was still learning how to master the art of check-in, and I was more than confused with the computer and the phones and the room assignments. How was I supposed to know that his room was still occupied by another guest? They hadn’t shown me that part yet, so yes, I did the unthinkable. I sent the beloved celebrity to a room with a naked guy who was soundly asleep. What? It could’ve happened to anyone, but as the universe loves to remind me of its masterful power and bizarre sense of humor, it would appear that this particular lesson was meant only for me.

What happened next was not at all what I expected. After a showdown in the lobby with a partially naked guest, an angry celebrity, and a parade of stuffy men in suits, I was given a firm talking to by the hotel’s General Manager, a conversation that changed the course of my life. I sat on the plush pink couch for what felt like hours as the embarrassed GM paced back and forth in his office, occasionally glancing at me with dagger-like vision, as he struggled to collect his thoughts. I was sure the first words out of his mouth would be something like, “how fast can you get out of here?” or “can you put a bag over your head when you walk through the parking lot?” Instead, he introduced the concept of leadership storytelling through a childhood fable that ultimately shaped my career.

He shared this story: “When I was your age, my first job was at a grocery store. One afternoon, a very poor family came in to shop for food and when they got to the checkout, they didn’t have enough money to pay for their groceries. I was young and inexperienced with customer service and told them that they had to leave, and return all their food back to the shelves where they found it, a degrading suggestion that I will always regret. The manager of the store was a kind, gentlemen, known for his philanthropy in town and for making exceptions for those in need. He overheard the conversation and at once came over to me to express his dissatisfaction, and then asked me to do something that no one ever had. He told me to follow them out to the parking lot, apologize, and then offer to make up the difference for their grocery bill. At the time I thought it was nuts, but agreed to his request in fear of losing my job, so I did what he asked and the young family left graciously with food to eat. What took many years to figure out was that this gesture was my first introduction to humility, a necessary component to living on the planet with other human beings. True humility is the main ingredient to a successful life and a meaningful career. How do we get it, he asked? It starts with an apology and the spirit to make it right. You can run away and never come back, that is your choice, or you can run out to the parking lot and make it right.” I knew the wise old man was speaking metaphorically, but needless to say, I got the message. I was young and inexperienced just as he had been, but I knew that I had just been offered a very special gift, so I flipped my hair another ten times, and knew what I had to do. I made an apology that day and it was messy and embarrassing and painful, but more important, it was the beginning of a new level of consciousness that shifted something very powerful in me.

It was many years into my career as a speaker before I realized that leadership storytelling made a direct impact on my life through the General Manager. He taught me something that I didn’t know that I didn’t know. In other words, I was unaware that leadership storytelling had everything to do with a profound transformation during the early years of my career. The Robert DeNiro story became my story and the story from which many more stories sprung. True story. The apology led to a perception shift, which led to new relationships in the hotel, which led to the forming of my reputation as a strong and formidable associate, which led to many promotions and a thriving career in travel and hospitality, all a result of someone in leadership sharing the right story at the right time.
So, what is leadership storytelling anyway? I define leadership storytelling as the strategic sequencing of facts and emotions. The most common mistake in crafting a story is to mistake recounting events as synonymous with telling a story. Nope. To be strategic means resisting the default mode of following chronology: first this, then that, and then bla-bla-boring. Our audience’s attention drifts away before they know why they should care. Strategically sequencing facts and emotion considers the audience’s needs and what they (not the teller) will find persuasive. Because leadership storytelling occurs in a business context, it naturally incorporates many facts, but presented in a way that stirs up emotions so that the audience wants to hear more. The General Manager was a brilliant storyteller, and he knew how to intertwine the right amount of fact with the right amount of emotion. Jeff Bezos says it perfectly, “You can have the best technology, you can have the best business model, but if the storytelling isn’t amazing, it won’t matter. Nobody will care.” Wow. Since leadership is in the business of caring, then this should be the most important thing you hear today.
Why is leadership storytelling so important? Well, because we’re competitive and our ability to shine professionally is more strategic than we realize. Remember, people don’t care how much you know until they know how much you care. Leadership storytelling allows you to demonstrate this skill beautifully. Telling stories that purposefully sequence fact and emotion, gives you an advantage to earn the respect of your audience, and consequently, make a name for yourself. Also, leadership storytelling offers leaders a more practical and appropriate way to lead, because it adds the component of authenticity, which is more acceptable and attractive in today’s business climate. Finding your stories helps you understand who you are as a leader, and if others understand you better through your stories, you give them more ways to build bridges with you, leading to greater trust and the desire to work hard. Successful leaders know that leadership storytelling is the way to engage the audience, build relationship, and close every deal.